How to Figure Out Electric Bike Range

The range of an electric bike is how far you can ride on one charge. The problem is how to assess electric bike range. All electric bikes are advertised as having a particular range. However, these advertised ranges are usually inaccurate. In fact, sometimes they are downright exaggerated, and may even be four times higher than the reality. It is nearly impossible for electric bike range claims to be totally accurate. There are too many factors that make it different from person to person.

How to Figure Out Electric Bike Range

Most people will want to have the most powerful bike motor they can afford. But in fact, motor power only impacts how fast you can pull off, and how well you can get up hills. It does not necessarily impact how far you can go. The most important variable to look at in terms of electric bike range is battery capacity.

The size of the battery is directly analogous to the size of a car’s gas tank.

Note: when you are looking at adverts for electric bikes, you may find some where battery capacity is simply stated in amp-hrs. This is insufficient, as it does not include the voltage, so it does not reflect the true energy capacity. So if a bike is advertised with a 36 volt battery, with a capacity of 9 amp hrs, then the true capacity of the battery is 9 x 36, that is, 324 watt hrs (written as 324 Wh).

Watt-hrs is important, because watt-hrs determine the range of your bike, that is, how far you can go.

Bikes A and B have a similar amount of energy. If Bike A and Bike B have equal motors and riders, they will perform in a very similar fashion. The bike with the higher voltage battery will accelerate faster and climb better – but that will be at the expense of some of that energy. On the other hand, Bike C will not take you nearly as far.

Also consider the issue of range with regard to the type of motor you are buying. For example, there is a good argument that mid drive motors get a better range than hub drive motors because they work synergistically with the gears.

Let customers speak for us

Great price on this bike but more important is the overall quality. My neighbor had a Seagull which I test rode and immediately went home and ordered two for my wife and me. I love the design and the LARGE computer screen. The bike game in three pieces: frame with rear tire attached, front tire, handlebars. All other wiring, and cables were pre-installed so it was easily assembled in 30 minutes. I like the battery placement, charging system. It has an amazing amount of power for hill climbing. Best of all the bike was delivered faster than promised!!

I did have to install a stem riser to raise the handlebars for comfort but was limited by the length of the wiring assembly. I would allow a little more length to the front cable harness. The battery is fairly difficult to remove,, maybe because of excess paint. I will solve that minor issue next. 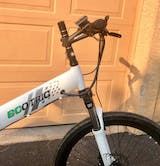 I am enjoying my E-Bike most every day! I am now finding time before work to ride, and then after work as well. I am becoming fit as my legs get stronger. The Malibu beach cruiser is so much fun to ride! I find myself riding farther than I ever did when I was on my conventional bike. My wife and I both have E-Bike cruisers now and we like to ride on local and regional bike trails, pack a picnic and load it into our front baskets then spend some time in nature riding our bikes and afterwards spreading a blanket along the way for lunch.

Andrew from Electric Zip was great to work with. I highly recommend him and his company. – Craig 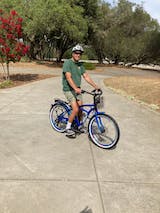 Amazing service, had an issue solved in the next email no questions asked 100% reliability and quick response. Thank you. 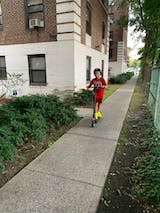 Thanks so much for your prompt and corteous service.the bike arrived way before expected and it fulfilled all my expectations. I must add it's not easy to find honest online vendors like you.I will definitely recommend you to anyone who likes to shop at your store.thanks again. 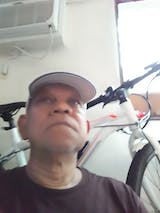 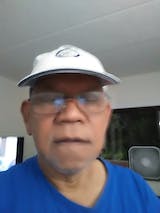 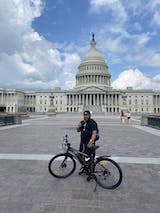 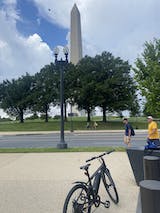 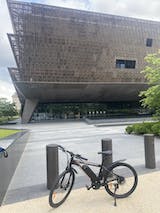 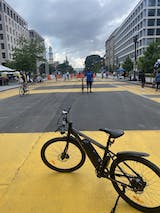 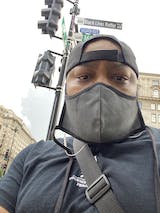